Filtration: The use of clean air is essential, and filtration of 25 microns or less is recommended. EXAIR filters contain a five micron element and are properly sized for flow.

Noise Muffling: EXAIR offers mufflers for both the hot and cold air discharge. Normally, muffling is not required if the cold air is ducted.

Over the years, the basic vortex tube has been used in virtually hundreds of industrial cooling applications. A few have become so popular as to warrant the development of an “applied product” designed to suit the specific application. These products include the Adjustable Spot Cooler, Mini Cooler, Cold Gun and Cabinet Coolers.

EXAIR can provide vortex tubes preset to any combination of flow and temperature desired. To prevent tampering with the desired setting, a drilled orifice that replaces the adjustable hot valve is available. For more information, please contact an Application Engineer.

EXAIR Vortex Tubes are available in three sizes. Each size can produce a number of flow rates, as determined by a small internal part called a generator. If Btu/hr. (Kcal/hr.) requirements, or flow and temperature requirements are known, simply select the appropriate vortex tube according to the specification information on the Specifications table or the Performance charts shown in FEATURES above. 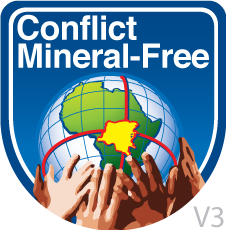 Controlling Temperature and Flow in a Vortex Tube

Controlling Temperature and Flow In A Vortex Tube

Setting a vortex tube is easy. Simply insert a thermometer in the cold air exhaust and set the temperature by adjusting the valve at the hot end. Maximum refrigeration (80% cold fraction) is achieved when cold air temperature is 50°F (28°C) below compressed air temperature.

If you are unsure of your flow and temperature requirements, EXAIR recommends the purchase of an EXAIR Cooling Kit. It contains a vortex tube, cold air muffler, air line filter and all generators required to experiment with the full range of airflows and temperatures.

A Phenomenon of Physics!

A Phenomenon of Physics

The two questions we’re most often asked about the vortex tube are, “How long has it been around?” and “How does the thing work?” The following is a brief history and theory of the vortex tube.

The vortex tube was invented quite by accident in 1928. George Ranque, a French physics student, was experimenting with a vortex-type pump he had developed when he noticed warm air exhausting from one end, and cold air from the other. Ranque soon forgot about his pump and started a small firm to exploit the commercial potential for this strange device that produced hot and cold air with no moving parts. However, it soon failed and the vortex tube slipped into obscurity until 1945 when Rudolph Hilsch, a German physicist, published a widely read scientific paper on the device.

Much earlier, the great nineteenth century physicist, James Clerk Maxwell, postulated that since heat involves the movement of molecules, we might someday be able to get hot and cold air from the same device with the help of a “friendly little demon” who would sort out and separate the hot and cold molecules of air.

Thus, the vortex tube has been variously known as the “Ranque Vortex Tube”, the “Hilsch Tube”, the “Ranque-Hilsch Tube”, and “Maxwell’s Demon”. By any name, it has in recent years gained acceptance as a simple, reliable and low cost answer to a wide variety of industrial spot cooling problems. 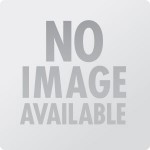 A vortex tube uses compressed air as a power source, has no moving parts, and produces hot air from one end and cold air from the other. The volume and temperature of these two airstreams are adjustable with a valve built into the hot air exhaust. Temperatures as low as -50°F (-46°C) and as high as +260°F (+127°C) are possible.

Theories abound regarding the dynamics of a vortex tube. Here is one widely accepted explanation of the phenomenon:

Compressed air is supplied to the vortex tube and passes through nozzles that are tangent to an internal counterbore. These nozzles set the air in a vortex motion. This spinning stream of air turns 90° and passes down the hot tube in the form of a spinning shell, similar to a tornado. A valve at one end of the tube allows some of the warmed air to escape. What does not escape, heads back down the tube as a second vortex inside the low-pressure area of the larger vortex. This inner vortex loses heat and exhausts through the other end as cold air.

While one airstream moves up the tube and the other down it, both rotate in the same direction at the same angular velocity. That is, a particle in the inner stream completes one rotation in the same amount of time as a particle in the outer stream. However, because of the principle of conservation of angular momentum, the rotational speed of the smaller vortex might be expected to increase. (The conservation principle is demonstrated by spinning skaters who can slow or speed up their spin by extending or drawing in their arms.) But in the vortex tube, the speed of the inner vortex remains the same. Angular momentum has been lost from the inner vortex. The energy that is lost shows up as heat in the outer vortex. Thus the outer vortex becomes warm, and the inner vortex is cooled.