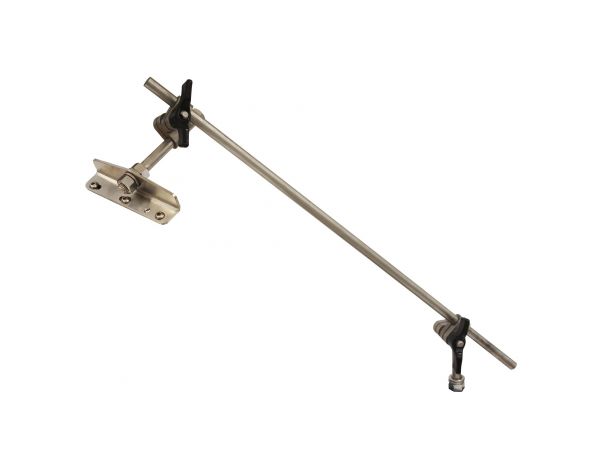 There are a variety of ways to blow the water from the bottles shown in the photo below, but which method is best? The following comparison of drilled pipe, flat air nozzles, a blower and the Super Air Knife proves that EXAIR has the best choice for your blowoff, cooling or drying application. 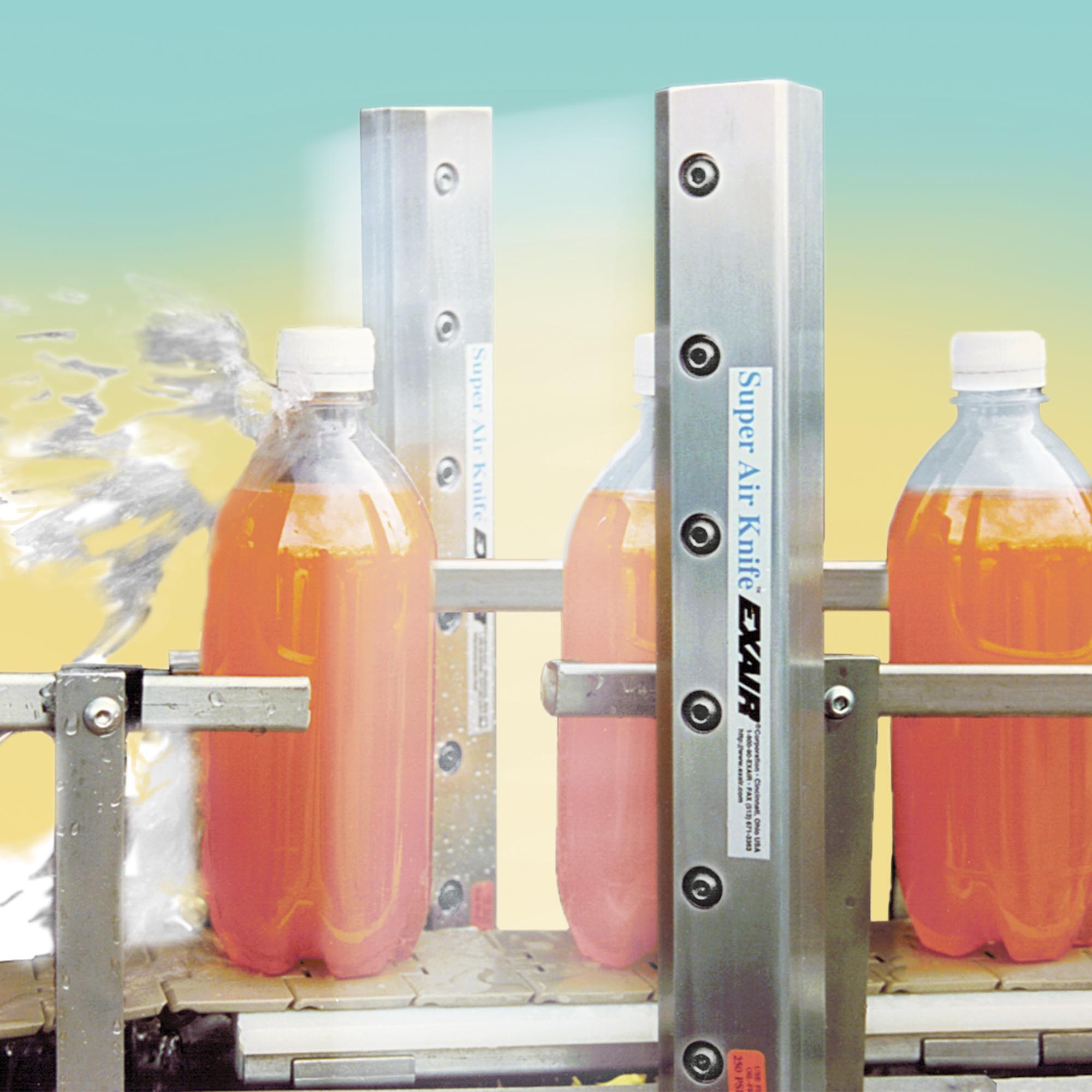 Our goal for each of the blowoff choices was to use the least amount of air possible to get the job done (lowest energy and noise level). Compressed air pressure required for each was 60 PSIG (4.1 BAR) which provided adequate velocity to blow the water off. The blower used had a ten horsepower electric motor and was a centrifugal type blower at 18,000 RPM. The table at the bottom of the page summarizes the overall performance. Since your actual part may have an odd configuration, holes or sharp edges, we took sound level measurements in free air (no impinging surface). 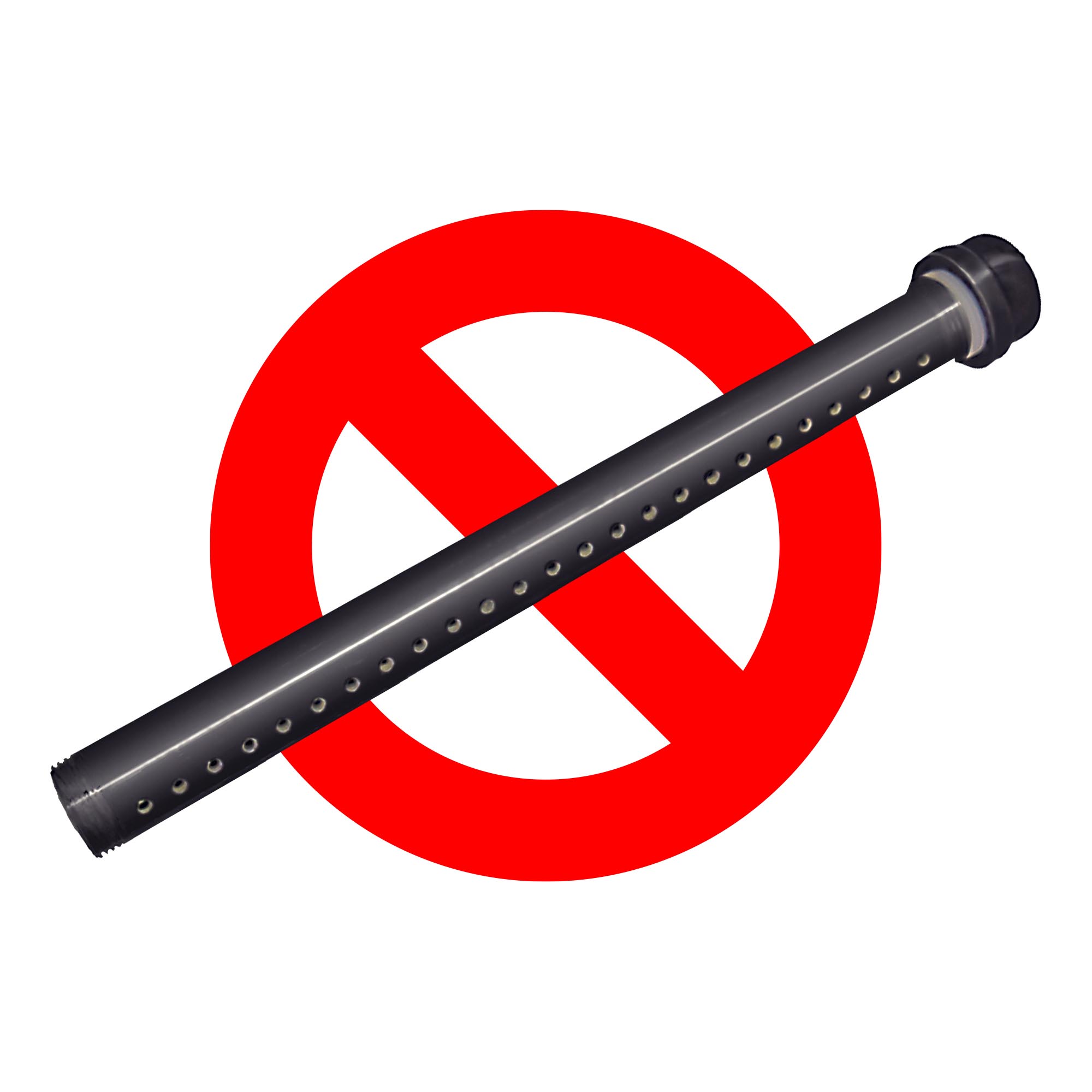 This common blowoff is very inexpensive and easy to make. For this test, we used (2) drilled pipes, each with (25) 1/16" (1.6mm) diameter holes on 1/2" (13mm) centers. As shown in the test results below, the drilled pipe performed poorly. The initial cost of the drilled pipe is overshadowed by its high energy use. The holes are easily blocked and the noise level is excessive - both of which violate OSHA requirements. Velocity across the entire length was very inconsistent with spikes of air and numerous dead spots. 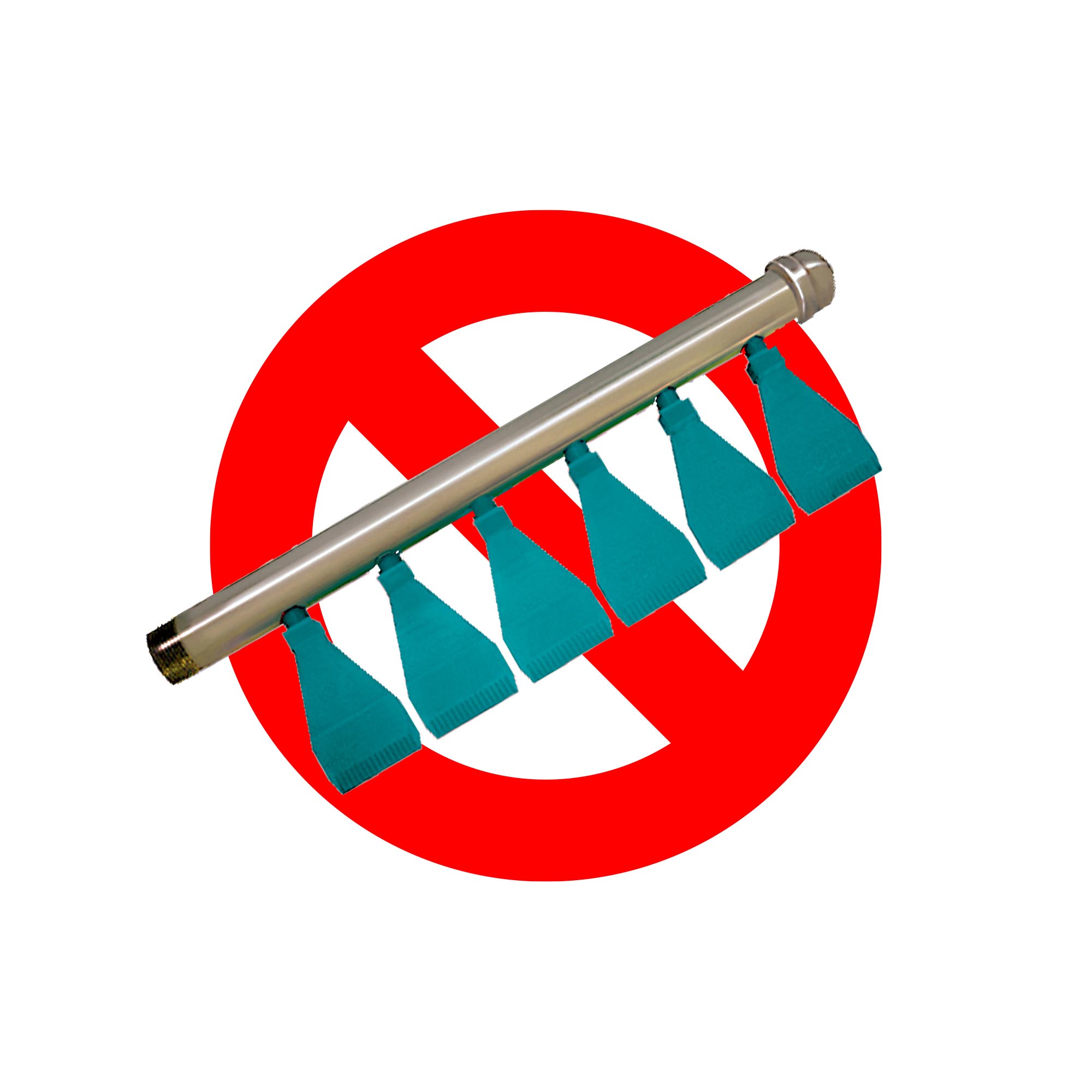 As shown below, this inexpensive air nozzle was the worst performer. It is available in plastic, aluminum and stainless steel from several manufacturers. The flat air nozzle provides some entrainment, but suffers from many of the same problems as the drilled pipe. Operating cost and noise level are both high. Some manufacturers offer flat air nozzles where the holes can be blocked - an OSHA violation. Velocity was inconsistent with spikes of air. 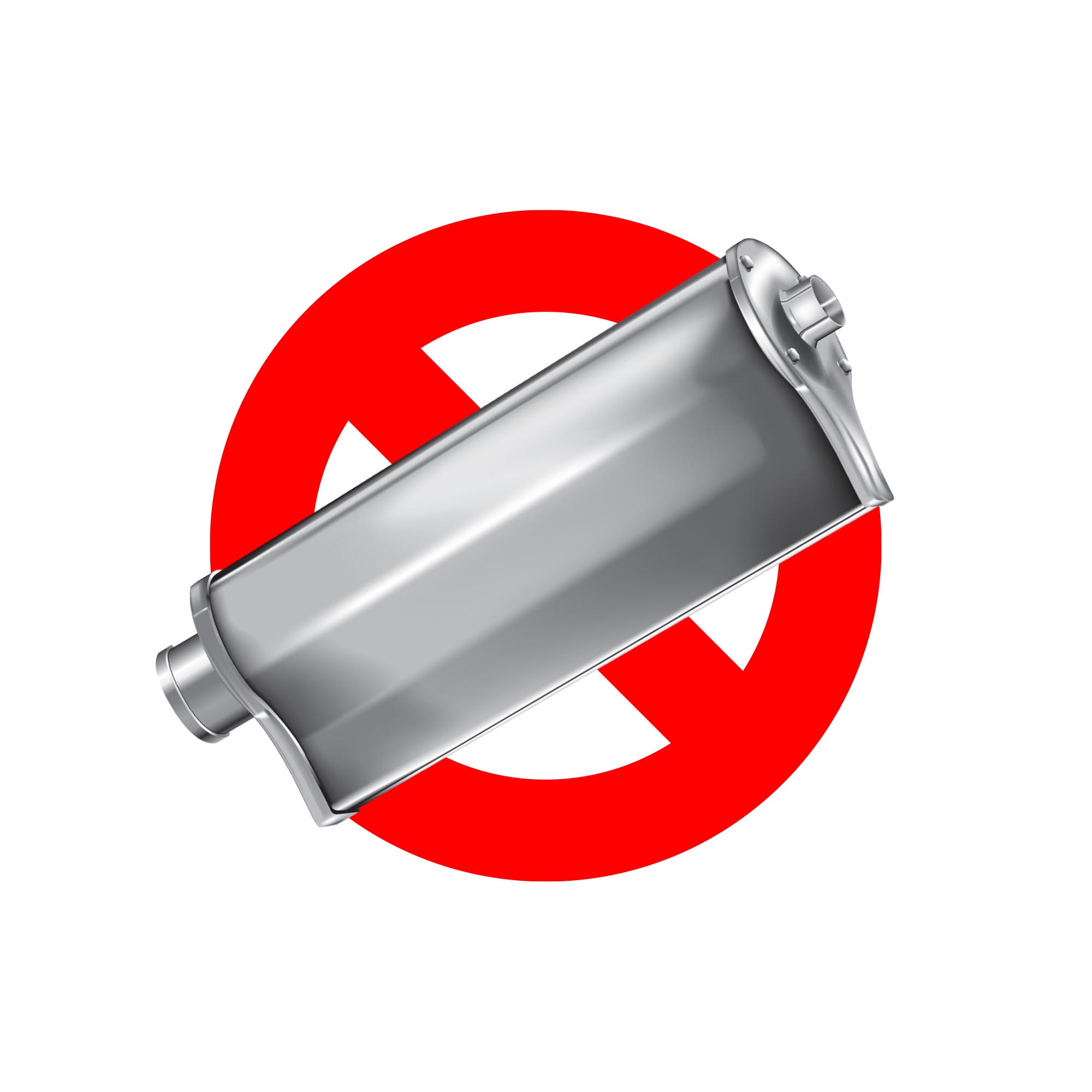 The blower proved to be an expensive, noisy option. As noted below, the purchase price is high. Operating cost was considerably lower than the drilled pipe and flat air nozzle, but was comparable to the EXAIR Super Air Knife. The large blower with its two 3" (76mm) diameter hoses requires significant mounting space compared to the others. Noise level was high at 90 dBA. There was no option for cycling it on and off to conserve energy like the other blowoffs. Costly bearing and filter maintenance along with downtime were also negative factors. 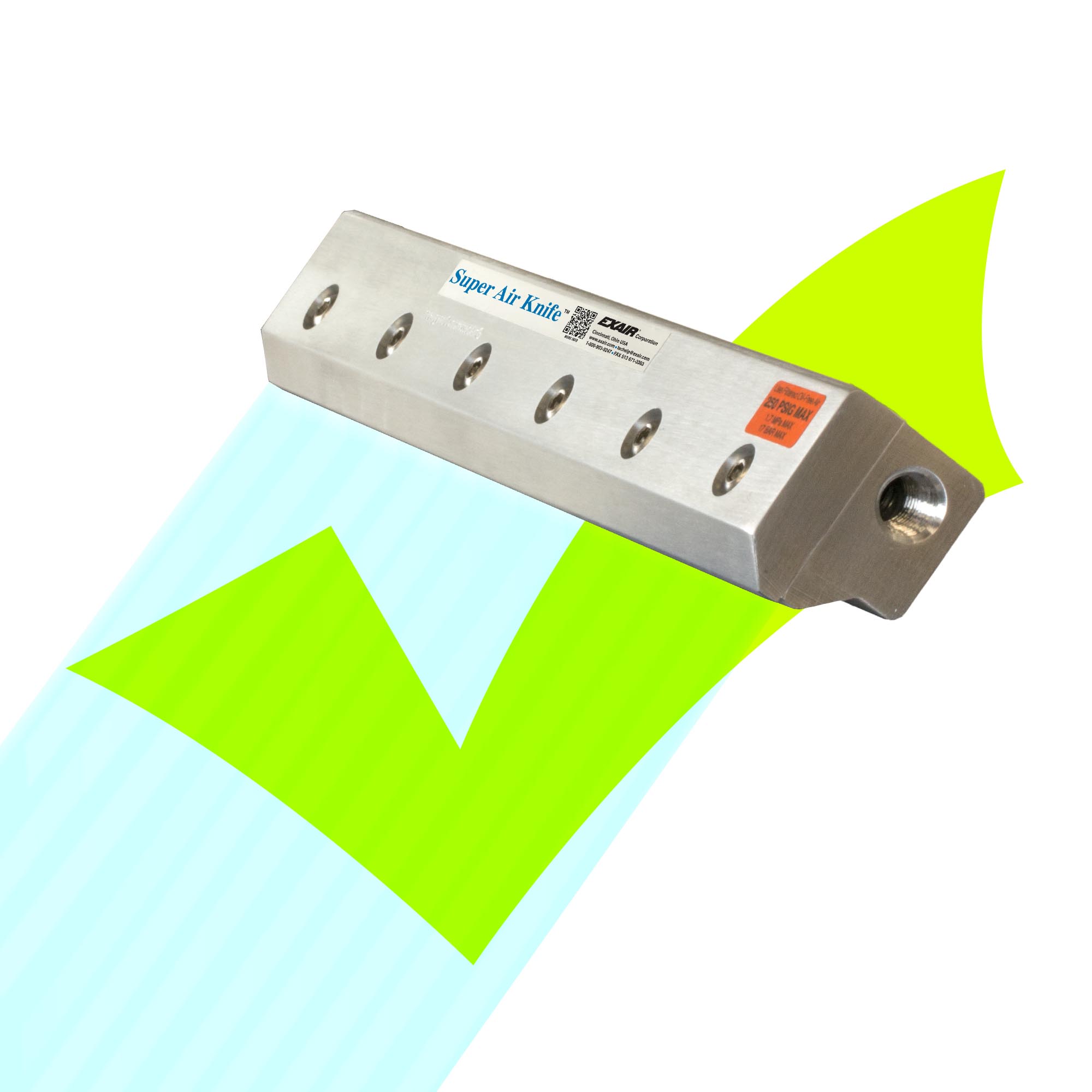 The Super Air Knife pair did an exceptional job of removing the moisture on one pass due to the uniformity of the laminar airflow. The sound level was extremely low at 69 dBA. For this application, energy use was slightly higher than the blower but can be less than the blower if cycling on and off is possible. Safe operation is not an issue since the Super Air Knife cannot be dead-ended. Maintenance costs are low since there are no moving parts to wear out. 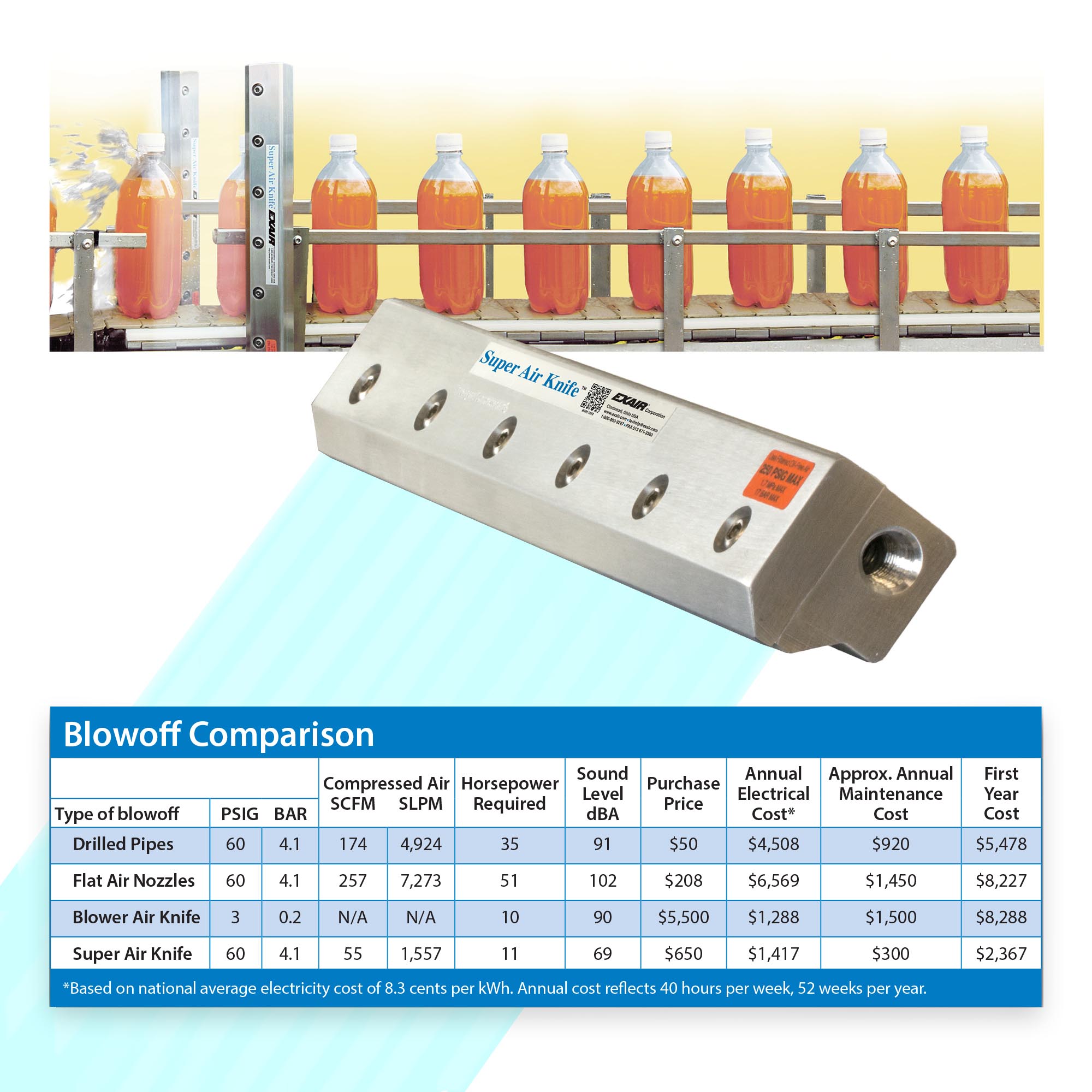 High noise levels are a common problem for many plants. Compressed air noise often exceeds OSHA (Occupational Safety and Health Administration) noise level exposure requirements, resulting in hearing loss to those working in close proximity. The sound level of the Super Air Knife is quiet at 69 dBA, even at high pressures of 80 PSIG (5.5 BAR). Using the Super Air Knife, it is possible to obtain hard-hitting force without the high noise. 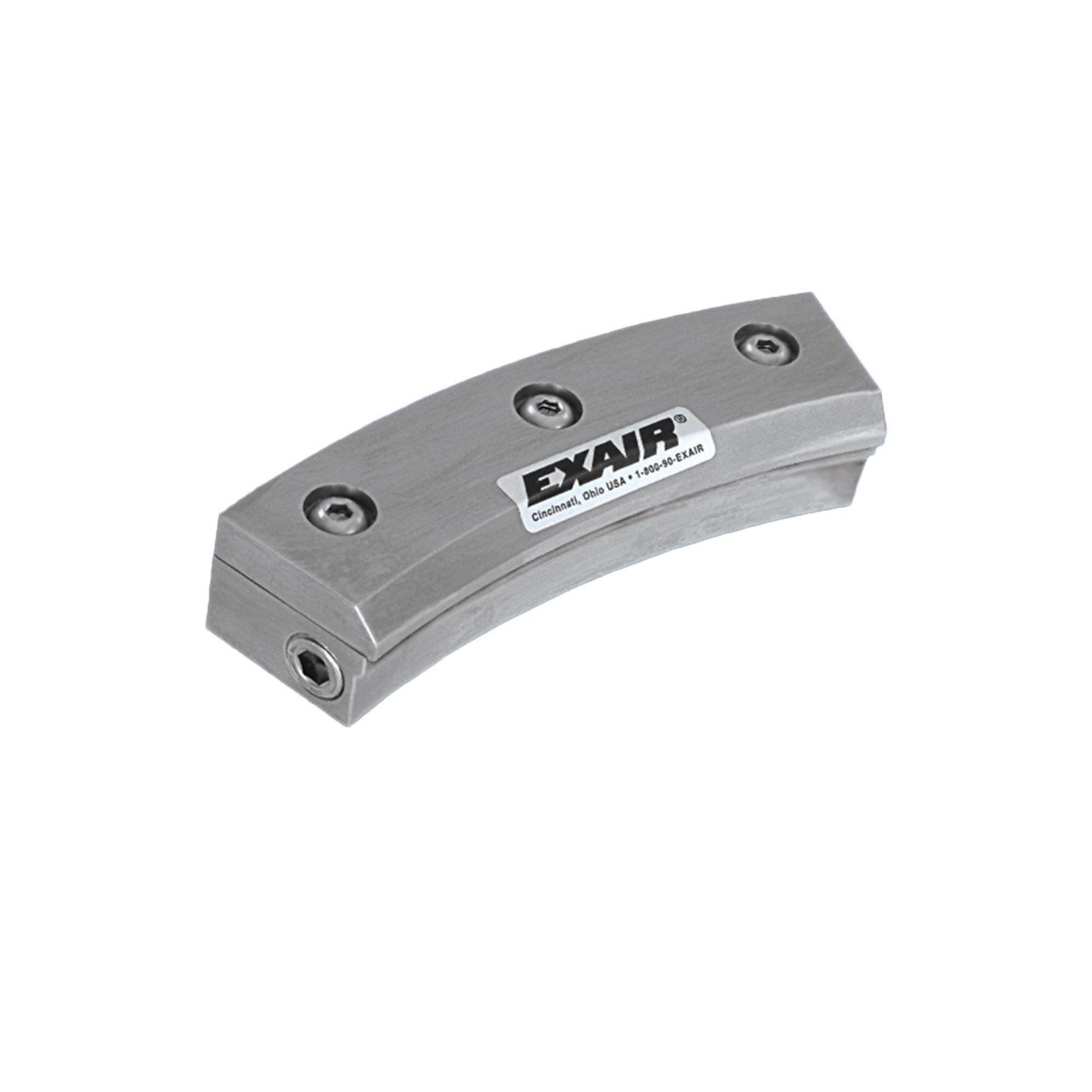 This curved stainless steel Super Air Knife was manufactured for a laboratory that uses the force of the airflow to hold test tubes in place on a rotating index table. They were able to eliminate the mechanical clips and latches that slowed the test tube removal. This holding method minimized risk of tube breakage and eliminated any chance of puncturing the technician’s rubber gloves. 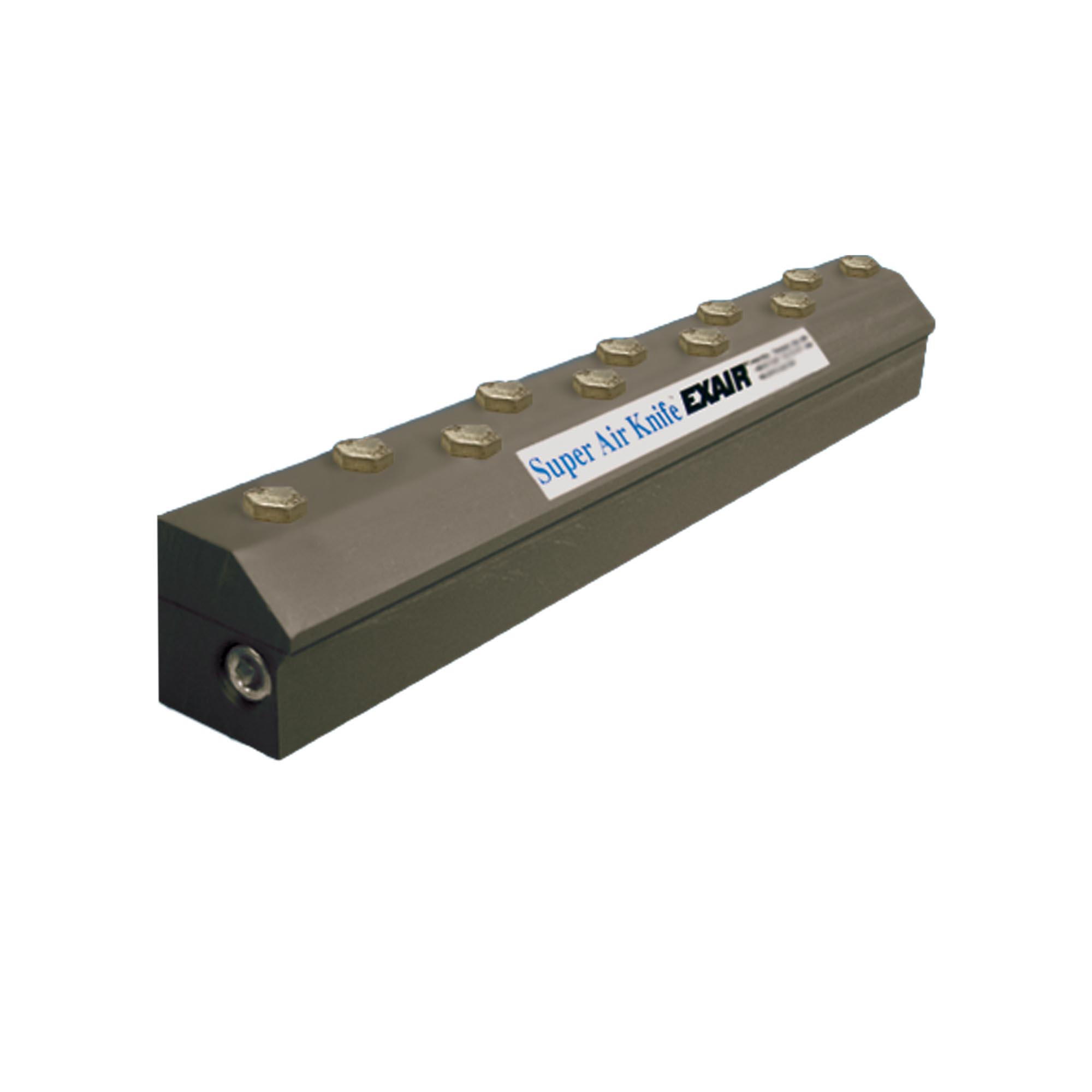 EXAIR manufactures special Super Air Knives made of plastic. These products are engineered to work under normal operating pressures, providing the same performance as their aluminum and stainless steel counterparts.

This special PVC Super Air Knife was manufactured for a picture tube plant. The softer material was less likely to scratch the picture tube surface and was chemically resistant to the phosphorus which coated the inside. 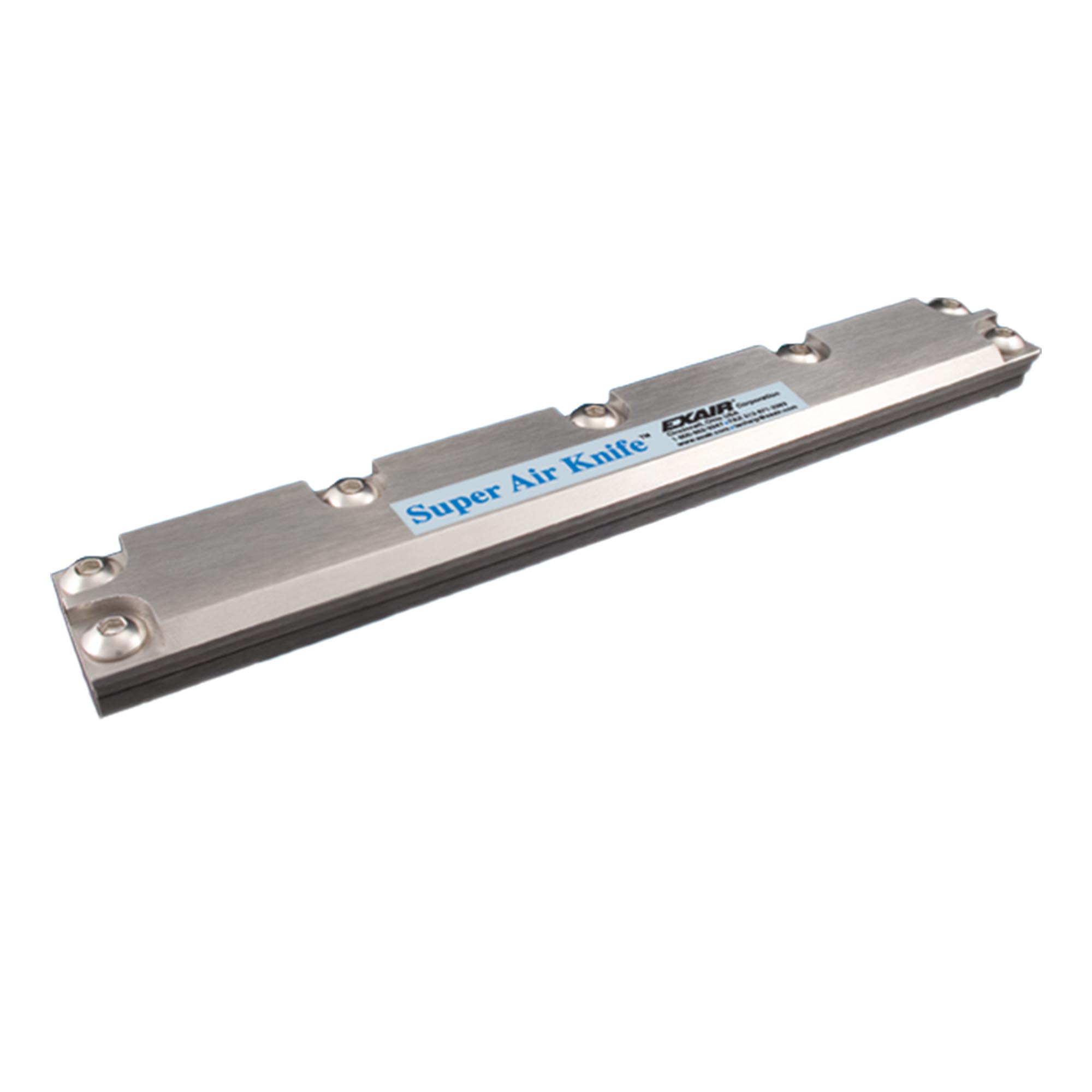 The flat Super Air Knife is used in a molding machine for integrated circuit chips. Prior to molding the black plastic shells around the silicon wafers, they blow the mold cavity clean of any fine plastic fibers left by the previous cycle. The flat design constructed of corrosion resistant stainless steel was made to fit the tight space of the molding machine. 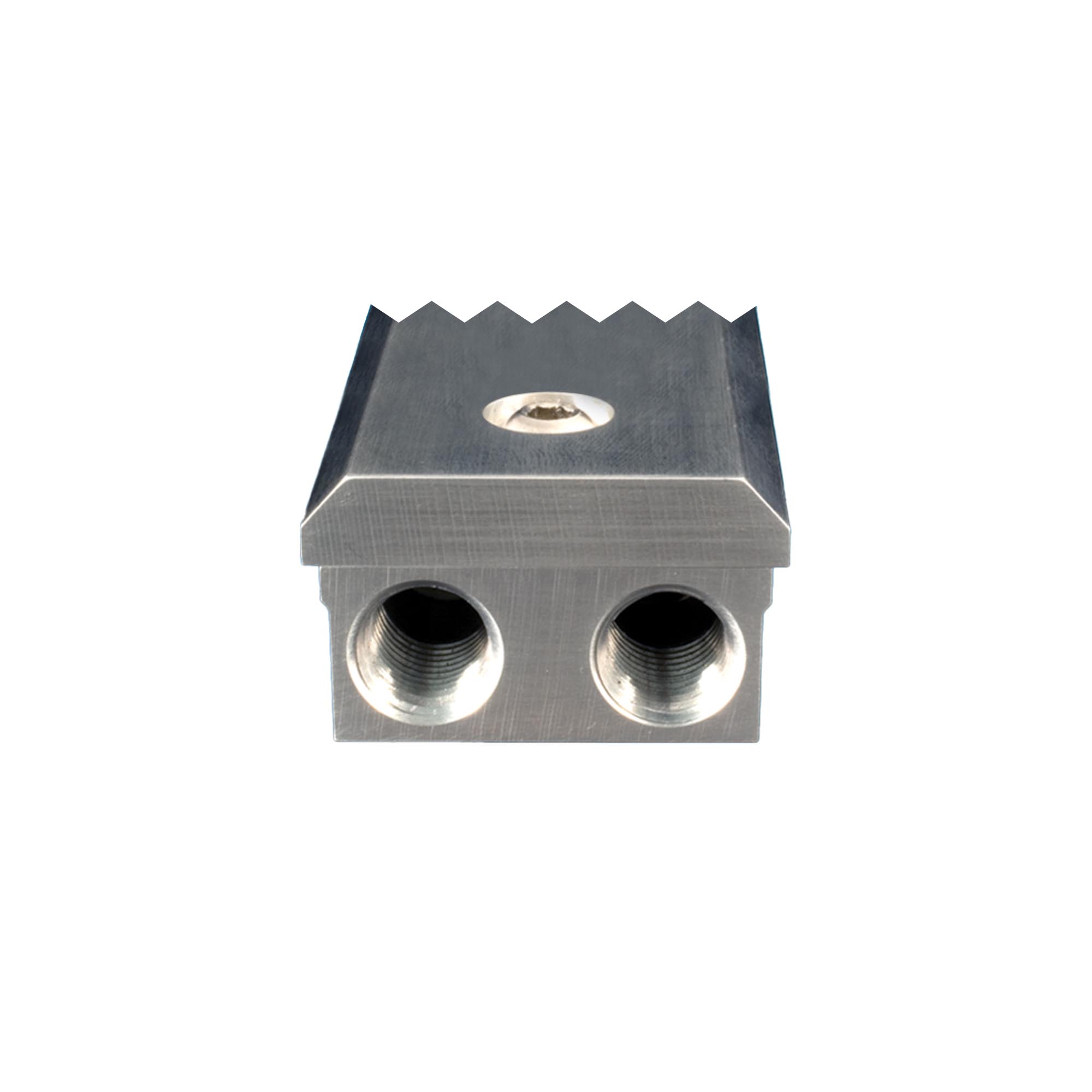 The double-sided Super Air Knife provides two uniform sheets of air in opposite directions. It is ideal for blowing water from two or more columns of stacked parts (like printed circuit boards) as they are lifted out of a bath or the open halves of a mold. Each side operates independently.

As in this example, the Super Air Knife can be modified to include extra mounting holes to suit your application.